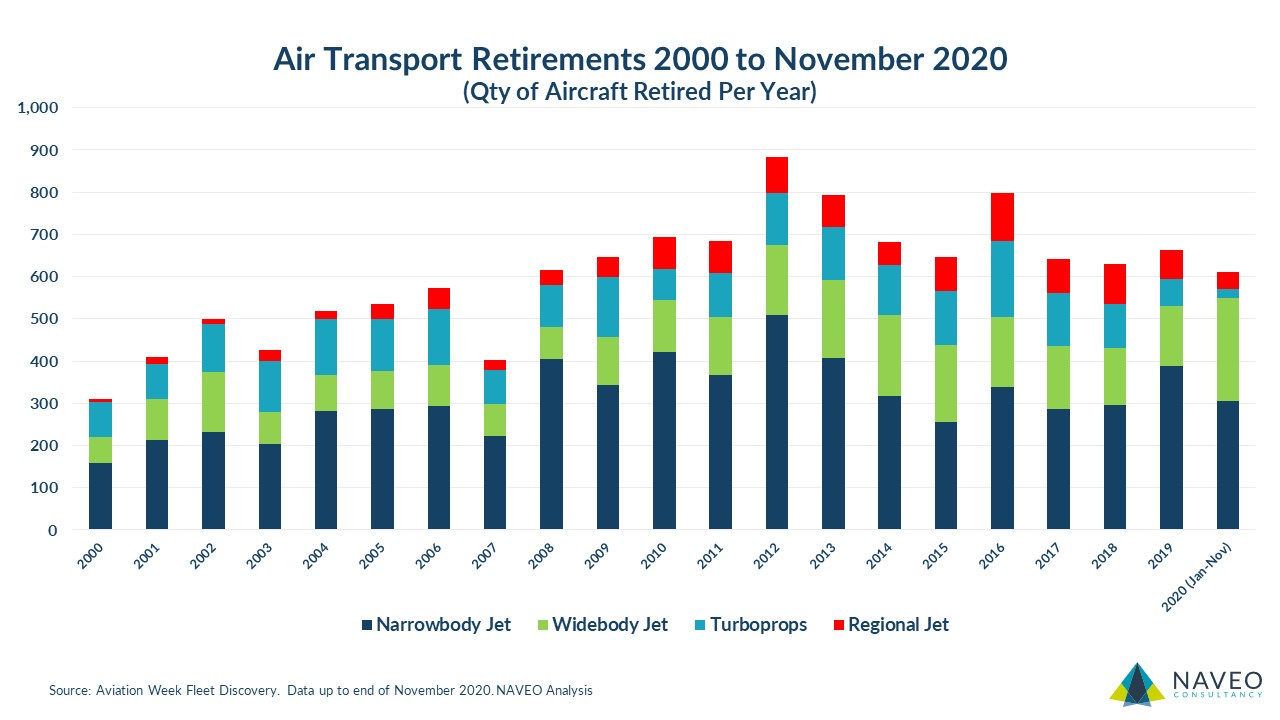 A key topic for discussion over the past year has been aircraft retirements. Would COVID-19 cause thousands of aircraft to retire this year, causing the market to be flooded with surplus parts and engines? So far, we’ve not seen the wave of retirements that were predicted.

The latest data indicates that ~612 air transport aircraft have been retired up to the start of December 2020. That’s made up of 306 narrowbodies, 243 widebodies, 21 turboprops, and 41 RJs.

In 2019, ~ 666 aircraft retired. It’s likely that 2020 will end up with more retirements than last year once the final count is in, but not yet the level that was feared. Why not thousands? Well, airlines and lessors have been watching the market closely, waiting to see if traffic recovers, how quickly the vaccine rollout happens, and keeping aircraft parked – delaying the decision to permanently remove the aircraft from the fleet (or bring them back into revenue service).

It’s still likely that many of the aircraft currently parked won’t return to service. But, they aren’t being cannibalized just yet.