The air transport aircraft retirement tsunami that was expected has, so far, failed to materialize. 2021 saw the lowest official retirements since 2007, with only ~429 aircraft being recognized as being officially retired from service.

Why? Parking and long-term storage are relatively cheap. Airlines and lessors prefer to wait and see how traffic (and residual values) recover. There’s no point retiring an aircraft if there’s a chance it could come back into service or selling it for part-out at a later date, when demand for MRO is higher, which may yield higher asset prices.

~429 air transport aircraft retired in 2021. Some aircraft described as “parked/stored” will likely already have been retired, so the total number will likely increase. It takes time for the data to catch up to the on-the-ground reality. 2021 retirements were below the 20 year average of ~624 retirements per year. But, 2021 numbers are way lower than was expected. This means that there hasn’t been a flood of USM to compete with OEM spares, and this also helps USM pricing of existing inventory.

If fuel prices remain high (it’s been the highest we’ve seen since 2008), we expect this to put pressure on aircraft retirements as it did back in 2008. So far, ~65 aircraft have been retired in 2022.

We do forecast retirements will increase in the coming years (many older aircraft are due for retirement), but the numbers depend upon the pace of the recovery, fuel price, new aircraft production issues being addressed, etc.

There were also a smaller number of younger aircraft that retired prematurely compared to the expected economic life when they rolled off the production line. 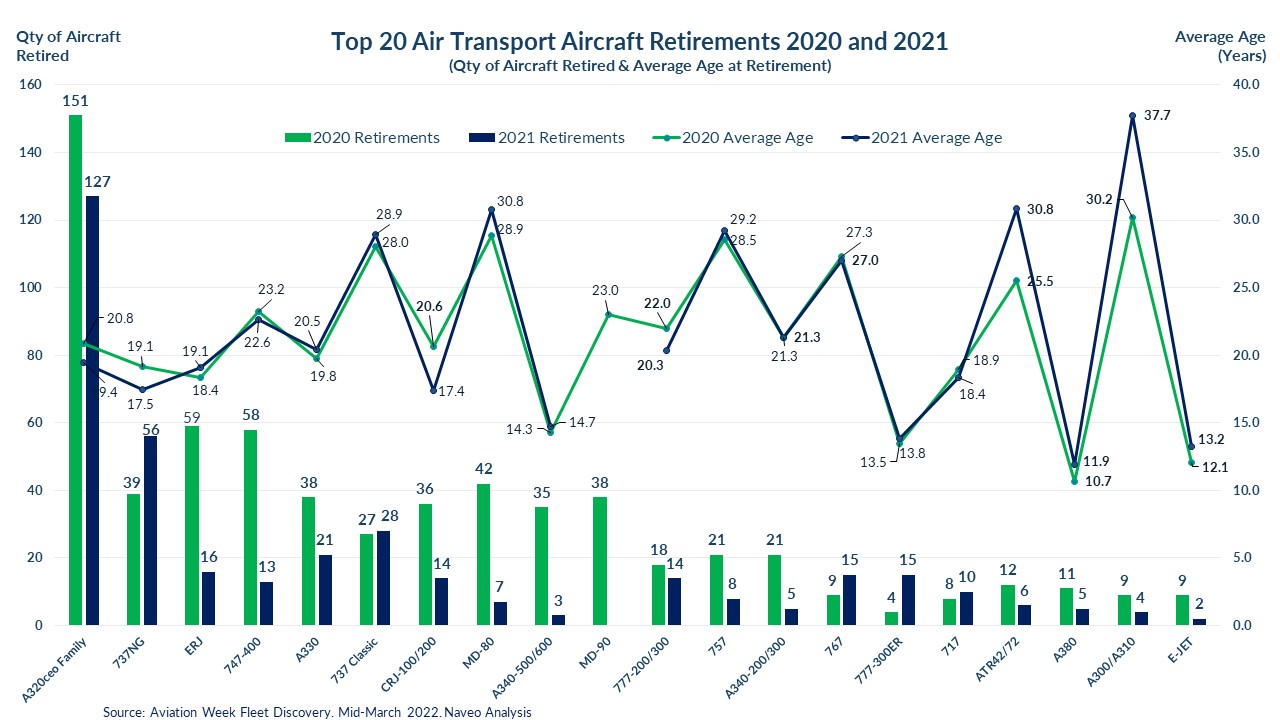