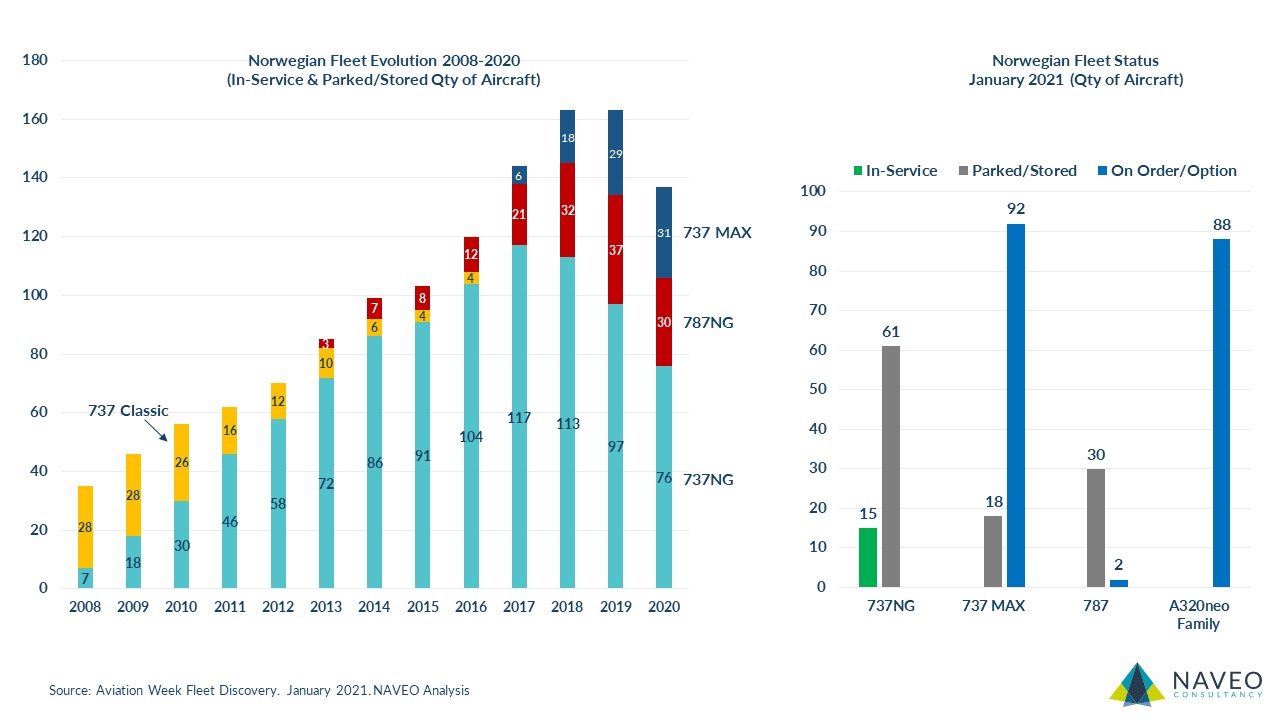 Though Norwegian was founded in 1993, it wasn’t until the late-2000s that ambitions to become a sizeable low-cost carrier emerged. Large orders for 737NGs, 737MAX, 787s, and A320neos heralded a period of rapid expansion and entry into long-haul low-cost – a market that has tantalized industry watchers for decades yet has shown itself to be an easy way of losing large amounts of money.

Norwegian’s 787s, powered by RR Trent 1000s, peaked at 37 aircraft and the overall fleet peaked in 2019 with 166 aircraft. The airline was an early adopter of Boeing’s GoldCare MRO service, leading Boeing to construct a hangar at London Gatwick. Norwegian canceled the GoldCare agreement in 2020. 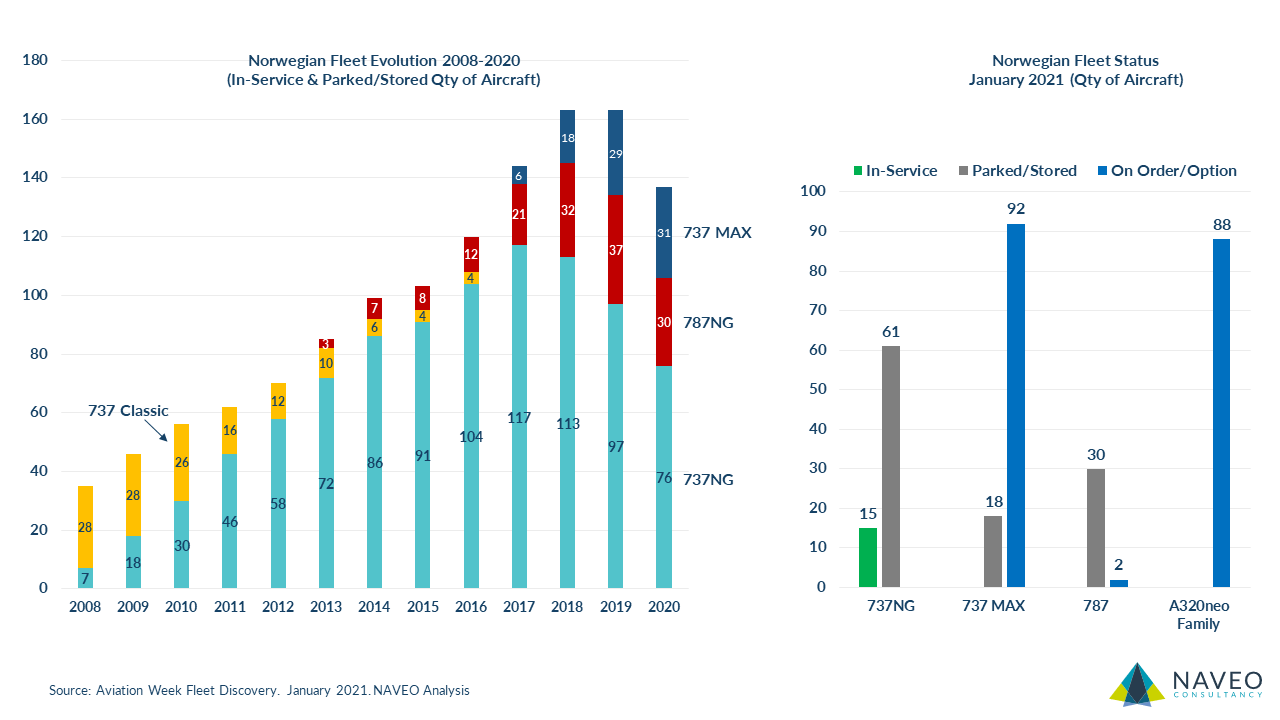