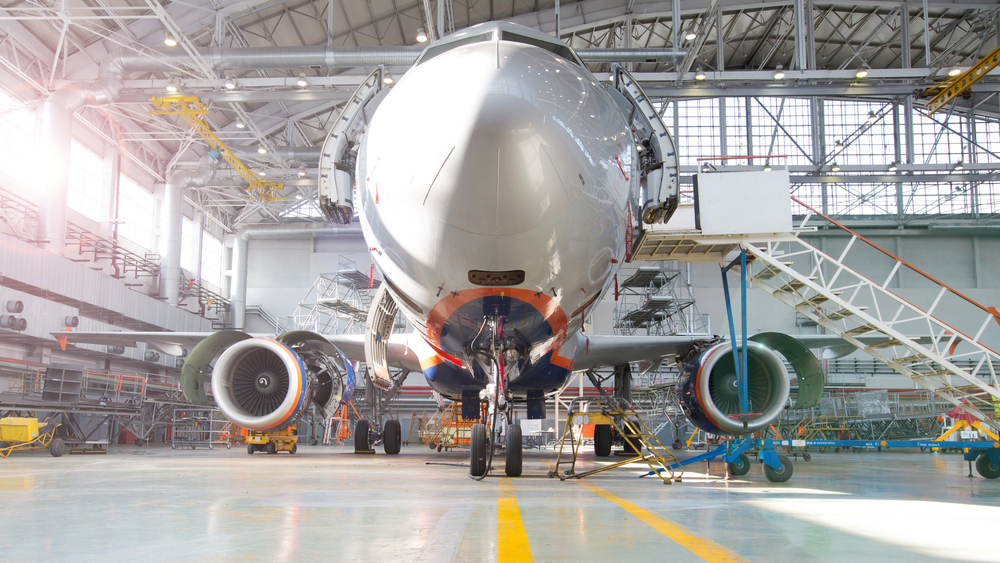 The airline industry is particularly susceptible to disruption.  From bad weather, industrial action or drones near runways to system outages, environmental protestors or volcanic ash—any delay can quickly cause knock-on effects across the world.  With the speed of social media, the travelling public may even know what’s happening before the airline or airport.

European regulations (aka EU261) say each passenger may be entitled to compensation of up to €600 for delays to their flight.  There are some exceptions, such as ash clouds, strikes or severe weather, but maintenance delays are not typically exempt and so airlines have to pay out if there’s an aircraft on ground (AOG).

They don’t often reveal how much their total annual compensation payout is, but it has been estimated Lufthansa Group paid out more than €500m in 2018.  When compared to their net profit of just over €2bn the amount is staggering.

If Lufthansa could reduce delay-related compensation by just 10-20% it would save nearly €100m; enough to buy two narrowbodies.  We can easily assume other airline groups, such as Air France KLM or IAG, pay-out similar amounts. All told, the industry savings from reducing delays run into the billions.

A wealth of data

I’ve written and spoken before about the opportunities and challenges more digitalized solutions can bring to this area.  The latest generation of e-enabled aircraft, such as Airbus A220, A320neo, A350XWB, Boeing 737 MAX or 787, gather a massive amount of data from aircraft engines, airframes and aircraft component systems.

That’s only set to grow as the e-enabled aircraft fleet is expected to more than double over the next decade.  By 2029, more than 25,000 air transport aircraft will be equipped with aircraft health monitoring (AHM) capability.  Never before have we had so much aircraft data available and a plethora of IT solutions, associated systems and architecture ready and willing to host and analyze it.

Until recently, though, the adoption of AHM services has been slow.  While it has been available on aircraft engines since the 1990s, the benefits beyond the engine to the rest of the aircraft systems are only now gaining traction.  As the connected fleet grows and service offerings mature to take advantage of big data, stakeholders are trying to better understand and leverage advanced analytics and predictive maintenance.

The main question is what form the analytics take and who performs the analysis.  For example, while airlines retain their own data, should a supplier analyze that data and provide insight and benchmarks to it, then it has value that can be given back to the airline.  That might come at a cost or included in a maintenance package.

Less discussed is what is motivating the various stakeholders with their data offerings (e.g. an OEM, MRO or IT supplier) and how much of the savings they are willing to share with the airline.  With the entry-into-service of new e-enabled aircraft, the advantage in providing AHM systems has typically resided with the aircraft, engine and system OEMs.

Larger MRO integrators, such as Lufthansa Technik, Air France KLM E&M, have developed their own analytical solutions.  Their aim is to avoid being reliant on a more OEM-centric aftermarket, but also to provide competition so the OEMs aren’t the only ones aggregating and analyzing data.

This is important, because if OEMs influence most of the data in the future it’s going to be harder for independent MROs to compete, especially if OEMs, such as the airframers, are virtually giving away their data solution and/or MRO package to airlines as part of highly competitive new aircraft sales campaign.

That’s because the inclusion of some kind of data solution is almost mandatory in products, such as cost-per-flying-hour contracts.  Under such outcome-orientated contracts both MRO supplier and operator benefit from increased time-on-wing. For the MRO this means that the dollar-per-hour revenue continues to occur without a costly maintenance event.  For airlines, they appreciate the avoidance of shop visits and aircraft downtime.

However, the majority of airline operators utilize antiquated MRO IT systems that can no longer manage the data complexity.  Nor do they have the skills—or necessarily the desire—to turn this data into beneficial information. Therefore, the race is on to understand the digital environment and participate in it and new offerings are already being launched to help do that.

Many stakeholders are seeking a better understanding of the air transport digital innovation eco-system: the players and offerings, customer needs and evolving trends.  The desire is to better understand where differentiating value can be added, where customer relationships can be deepened and enhanced, where investments should be made, who to partner with and what to create in-house.

The potential savings generated by reduced maintenance disruption are huge and part of an overall digital transformation affecting all phases of flight.  Tangible results are already being demonstrated. Every stakeholder needs to consider how AHM and digital solutions will impact their company, prepare and act.  Don’t get left behind. The digital race is on.