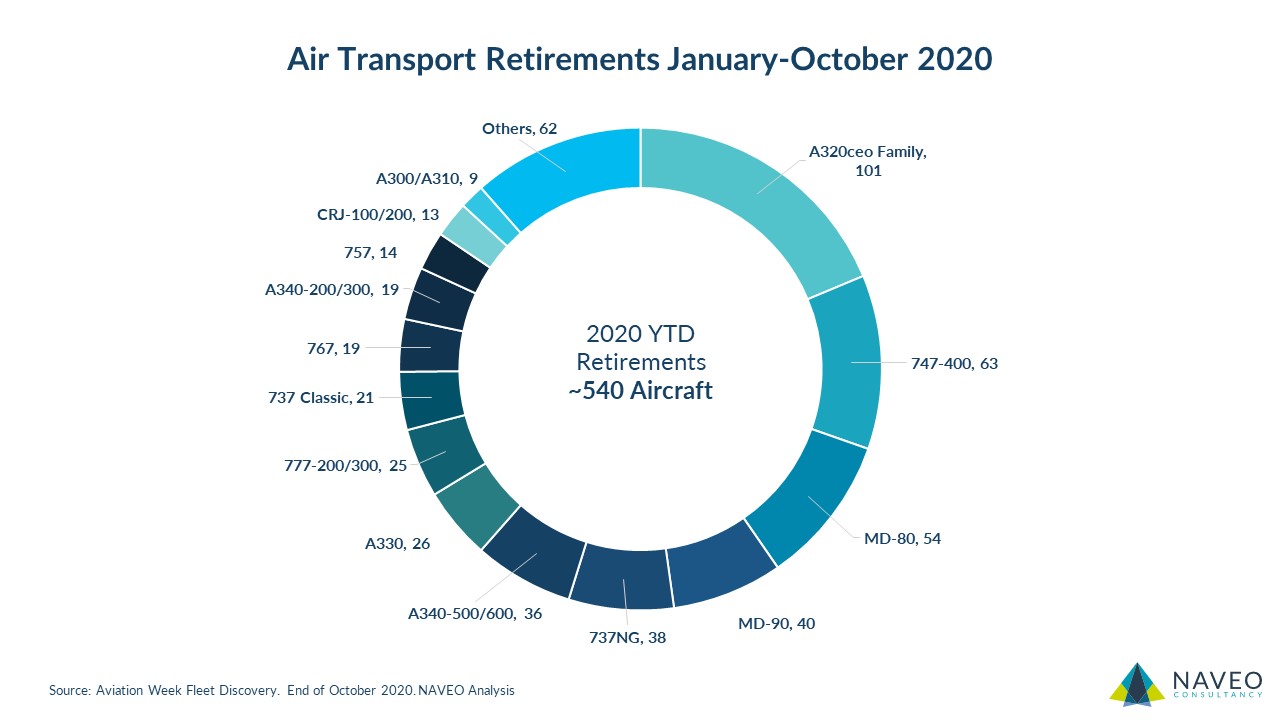 When aircraft are retired, most of the residual value is in the engines since some of the engines may have greentime remaining and/or USM that can be reclaimed for use in future engine shop visits. Given the aircraft models, ~195 CFM56-5B/7B engines, 82 V2500-A5s, 16 GE90s, 30 Trent 700s, and 22 Trent 800s were retired.

There are many more aircraft currently stored (~13,000), and we expect some of these won’t return to the sky given the traffic outlook. Airlines and lessors are playing wait-and-see before deciding to turn stored/parked aircraft into retired aircraft that won’t fly again. Hence, the official retirements so far are still in the hundreds and not thousands.