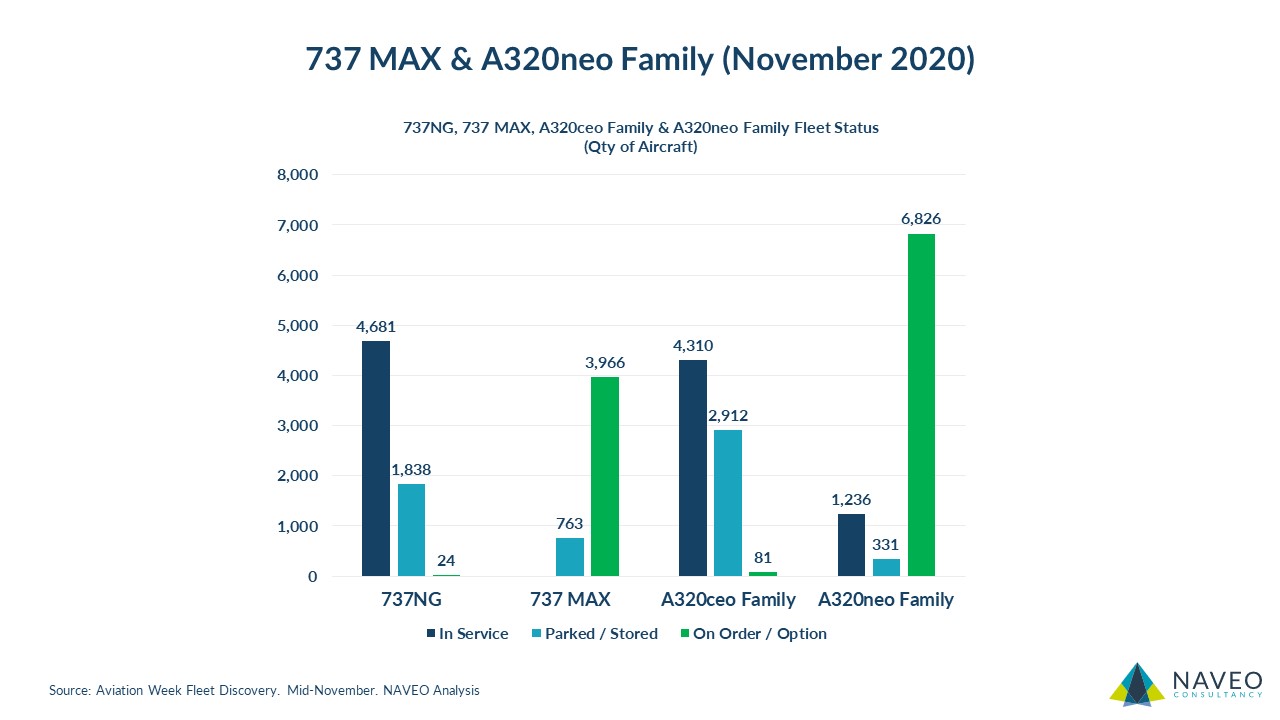 The great news that the 737 MAX, grounded since March 2019, has received FAA authorization to re-enter US airline service (with other regulators to follow in due-course) provides the opportunity to look at the current 737NG, 737 MAX, and A320ceo/neo family fleet status.  Since the MAX grounding, airlines currently have less need for new aircraft given many parked aircraft.  That said, the ~10-15% fuel savings (even at today’s low fuel prices) compared to previous generation aircraft that the MAX and neo offer, along with warranty benefits and reduced maintenance requirements, aren’t to be dismissed.  The MAX and neo also offer an increased range that allows airlines to fly the aircraft on longer sectors (e.g., transatlantic), perhaps better matching reduced COVID-related long-haul travel demand that has so impacted widebody aircraft.  Norwegian, Air Transat, jetBlue, TAP, Aer Lingus, and others are (or will be) doing just that.  This puts further pressure on older passenger widebody aircraft such as A330s and 767s.

The MAX’s troubles have been well written and have impacted the order book, with Boeing receiving 800+ cancellations.  As of November, there are ~3,966 737 MAX on order.  That is about 58% of the NEO backlog.  Given the disparity between the MAX and neo order books, it’s likely that the 50:50 narrowbody duopoly observed over the past decade is likely to shift in favor of Airbus. It’s probable that once deliveries to operators begin again, it will take ~18 months to clear those aircraft already produced (but not delivered), then deliveries of aircraft from the production line can once again.