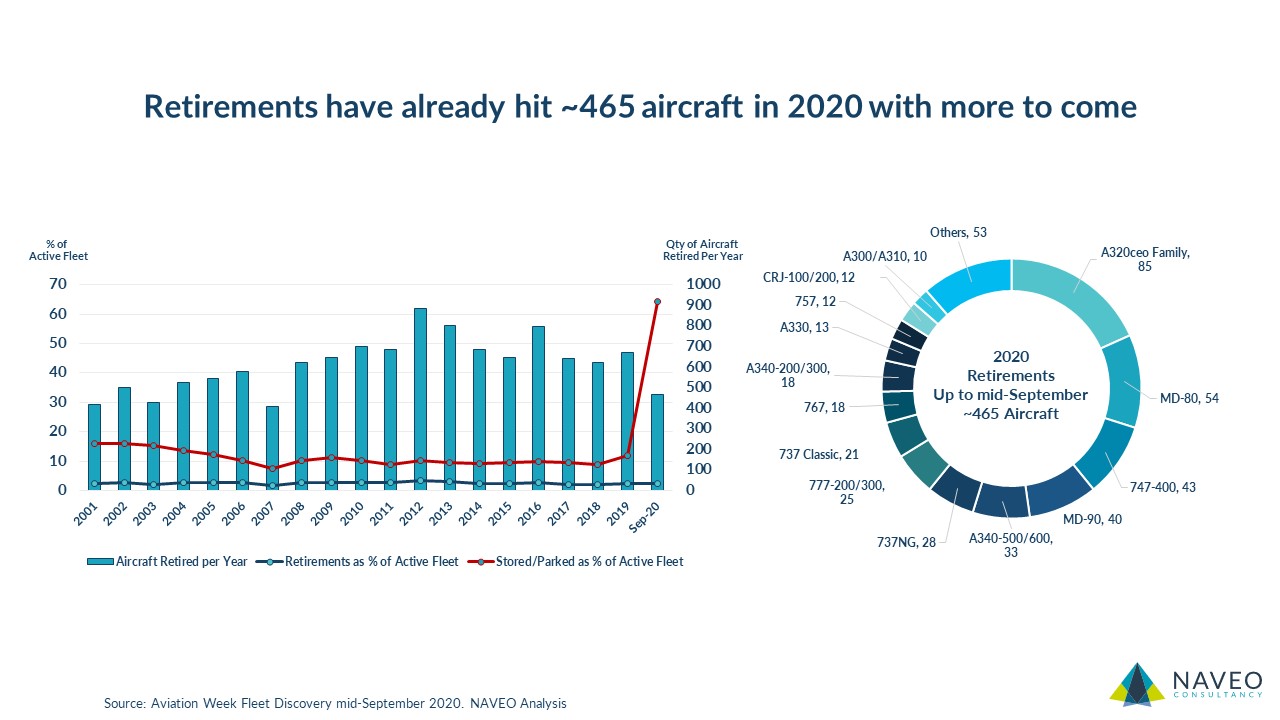 Aircraft retirement is typically a financial decision driven by a desire not to invest in maintenance due to newer or existing technology aircraft being available to substitute.

So far, ~465 aircraft have been officially retired in 2020. There’s a lag in the data, and we expect that by the end of 2020, more aircraft will retire, including some aircraft that are currently parked that ultimately won’t return to flying.

Also, many aircraft retired so far in 2020 were already planned to retire before COVID hit.

However, this doesn’t mean they will be parted-out straightaway. In recent years, approximately 400-500 aircraft have been parted-out per year. 2020 part-outs might be lower given the delay/work stoppage due to COVID and concern over prices to pay for assets at a time when buyers don’t want to overpay, and sellers don’t want to sell too cheaply.